The Highway Code: common mistakes (and how to avoid them)

Over the years there have been many subtle changes to the Highway Code. The latest edition was published in 2019, and it gets updated every few years or so.

This week we’re going to look at some of the common faults and mistakes current licence holders make, whether due to a gap in their knowledge or a change of techniques over time.

These have criss-cross yellow lines painted on the road. You must not:

However, you’re allowed to enter the box and wait when you want to turn right; the only thing stopping you is incoming traffic or other vehicles waiting to turn right. 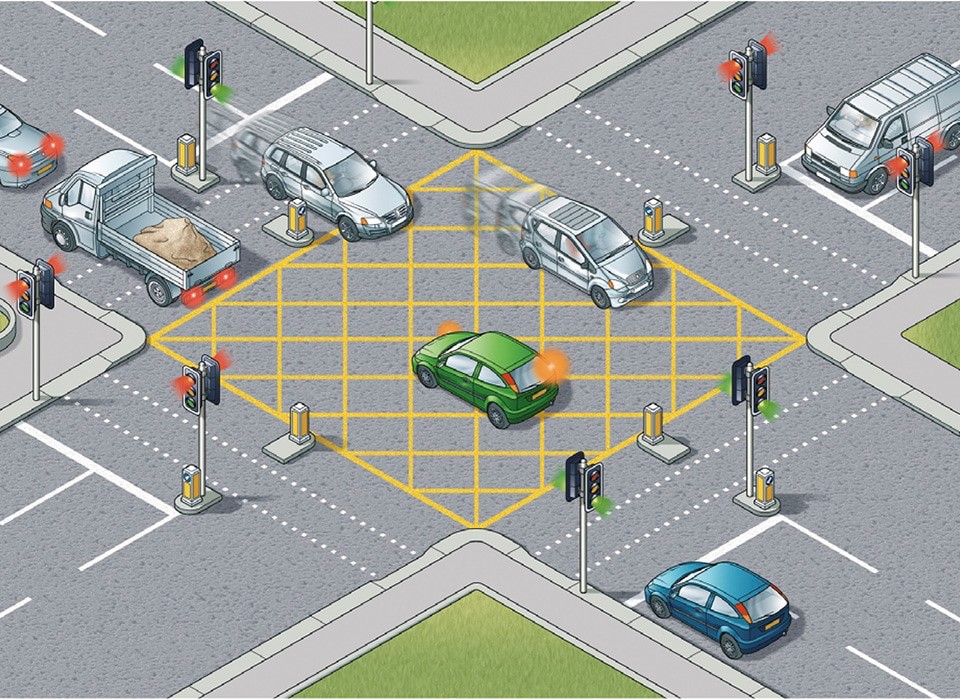 These are signal-controlled crossings where a flashing amber light’s followed by a red stop light. You must:

If there are no pedestrians on the crossing, you can proceed with caution. 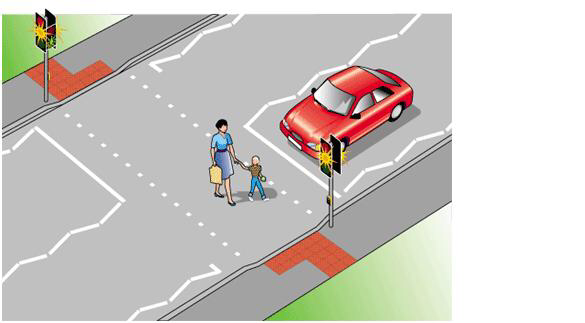 Similar to pelicans, but the lights don’t flash amber; instead, the light sequence goes the same as with normal traffic lights. If the signal isn’t working, don’t despair – just proceed carefully.

For this most exotic of crossings, you should do a few things on approach.

Another word of advice – a zebra crossing with a central island counts as two separate crossings, so don’t be fooled!

There’s a reason why signalling is so important – they’re key to warning other road users about what you’re planning to do next.

Remember – signalling doesn’t give you priority!

Red lines are used on some roads instead of yellow lines. In London, these indicate that stopping to park, load/unload or board and get out of a vehicle (except for a licensed taxi or if you hold a Blue Badge) is prohibited.

The red lines apply to the carriageway, pavement and verge. The times that the red line prohibitions apply are shown on nearby signs, but the double red line ALWAYS means no stopping at any time.

On Red Routes you’re allowed to stop to park and load/unload in specially marked boxes, like the one below.  Adjacent signs specify the times and purposes, and duration allowed.

A box marked in red indicates that it might only be available for the purpose specified for part of the day (eg between busy peak periods).

A box marked in white means that it is available throughout the day.

However, red (and single yellow) lines are only a guide to the restrictions in force. If there are signs nearby or at a zone entry, consult them first!

A Confused.com survey found that 48% of drivers have unknowingly driven in a bus lane before. How can you avoid this?

Well, for starters you should check the markings. This will say if any vehicles other than buses can use the lane. In the example below, no other vehicles can use the bus lane.

Some bus lanes will have signs like this, saying when other vehicles can use the bus lane:

In bus lanes that don’t permit vehicles, there are very specific circumstances where drivers can use them:

You MUST NOT enter a road, lane or other route reserved for trams. Try and  avoid driving directly on top of the rails if you can, and take care where trams leave the main carriageway to enter the reserved route, to ensure you don’t follow them.

The width taken up by trams is often shown by tram lanes. These are marked by white lines, yellow dots or by a different type of road surface.

An example of some tram lane markings

Diamond-shaped signs and signals using white lights only give instructions to tram drivers.

Be extra careful where the track crosses from one side of the road to the other, and where the road narrows making the tracks come close to the kerb.

Tram drivers have their own traffic signals, meaning they might be able to move when you’re not!

Always give way to trams; don’t try and overtake them unless there’s a designated tram lane for you to pass in!

You MUST NOT park your vehicle where it would get in the way of trams or force other drivers to do so.

Don’t stop on any part of a tram track, except in a designated bay alongside and clear of the track. When doing so, make sure that all parts of your vehicle are outside of the tram path.

Remember, if you’re blocking their path, a tram can’t steer round you!

Where the tram stops at a platform – in the middle or at the side of the road –  you MUST follow the route shown by the road signs and markings.

At stops without platforms you MUST NOT drive between a tram and the left-hand kerb when a tram’s stopped to pick up passengers.

If there are no signs for an alternative route, don’t overtake the tram – wait until it moves off.

Because we’re all late sometimes = look out for pedestrians running to catch a tram approaching a stop.

Always give priority to trams, especially when they signal to pull away from stops (unless it’s unsafe to do so.)

Remember that trams might be carrying large numbers of standing passengers, who could be injured if the tram made an emergency stop.

Keep an eye out for people getting off a bus or tram and crossing the road.

All road users – particularly cyclists and motorcyclists – should take extra care when driving or riding close to or crossing the tracks, especially if the rails are wet. Doubly so when crossing the rails at shallow angles, on bends and at junctions. It’s safest to cross the tracks directly at right angles.

Other road users should be aware that cyclists and motorcyclists might need more space to cross safely.

So, there you have it – just a few of the common slip-ups drivers have with the Highway Code. If there are any other topics that you’re struggling with, let us know; we might include these in a future post.

In the meantime, safe driving!